Alison Green, desperate valedictorian – wannabe, agrees to produce her school’s production of A Midsummer Night’s Dream. That’s her first big mistake. The second is accidentally saying Yes to a date with her oldest friend, Jack, even though she’s crushing on Charlotte. Alison manages to stay positive, even when her best friend starts referring to the play as “Ye Olde Shakespearean Disaster.” Alison must cope with the misadventures that befall the play if she’s going to survive the year. She’ll also have to grapple with what it means to be “out” and what she might be willing to give up for love. 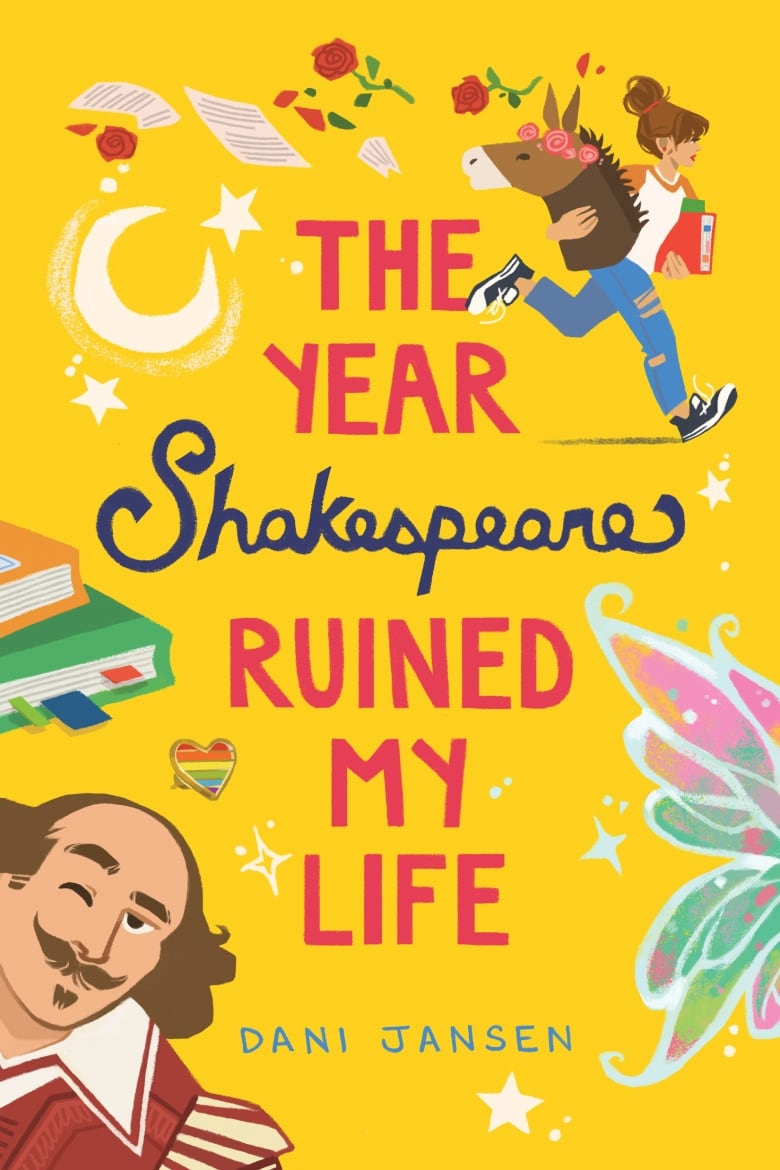 I knew I was going to fall in love with this book the moment that I read the title and it absolutely blew me away. I loved everything from the characters, to the atmosphere, to the plot. Every aspect of this book came together to form this wonderful book that I wish I had read as a teenager and that I think will be really important to many teenagers today.

The characters are all really well rounded and individual, but they have some great dynamics and friendships. They are not perfect, they make mistakes and have to deal with the consequences of their actions, and they really show that this is okay and that the world won’t end because they did something that they regret now, like accidentally agreeing to a date. Alison, the protagonist, in particular shows this with her dating misadventures and the hurdles that she constantly has to overcome with the production of the play.

This book is all about a group of misfits putting on a school play of A Midsummer Night’s Dream while dealing with all the drama of school life behind the scenes. The cover and title really holds true to the comedy and the atmosphere that Shakespeare’s comedic plays possess and it was so easy to get lost in the world. I found myself constantly rooting for the play to go well, for the relationships to happen, for the characters themselves to learn and grow.

The main and side characters all give a really diverse look at teenagers and people in general. There are several LGBT+ and POC characters who contribute so much to the story. Their sexuality and/or race are important to them, but there are never reduced to this characteristic alone. The characters also show how diverse people can be in their interests, styles, priorities etc., but how people can still come together on common ground for common goals.

I read the whole book in one day, almost in one sitting with just a few breaks in between, and it gave me everything I wanted. Sapphic romance. Great friendships. Shakespearean comedy. Appreciation for the arts. I honestly cannot recommend it enough.

To get a closer look at the characters and their personalities, I matched the main characters in the book to the Shakespeare play that I think would best suit them. If you’ve read the book, do you agree? If you haven’t read it, which character does this make you think you would like most?

About the Author:
Dani Jansen is a teacher and writer who lives in Montreal. She should probably be embarrassed to admit that she has performed as part of her school’s Glee Club for eight years. She should probably also be ashamed to tell people that she named her cats after punctuation symbols (Ampersand and Em-Dash, in case you’re curious).
Twitter | Instagram | Goodreads

If you live in the US or Canada you can also enter a giveaway to win one of two finished copies up for grabs! Make sure you enter soon because the giveaway ends on September 15th. Good luck!

Make sure you check out all the other stops on the tour too!

7 thoughts on “Blog Tour: The Year Shakespeare Ruined my Life by Dani Jansen”